Seattle is a Bright Spot

I just returned from the National Conference on Citizenship in Washington D.C. where I had the honor of speaking on a panel with political scientist, Robert Putnam, author of Bowling Alone, an iconic 2001 study of American civic engagement. Citing evidence from his newest research, he painted a bleak picture of our country’s current civic health—declining rates of volunteering, public trust, and residents joining groups to solve challenges together—but Seattle is an outlier.

My place on the panel was to comment on Seattle’s resistance to the alarming trends Putnam highlighted. Seattle’s story of strong and strengthening civic health, reported in our 2017 Greater Seattle Civic Health Index, runs counter to the national data.

What it Takes to Stand Apart

One of the reasons Seattle is an outlier is due to the passionate and ongoing work of Seattle CityClub. You can’t build or sustain a city without infrastructure, and Seattle CityClub’s active and consistent community building is a key piece of infrastructure for Seattle to continue to thrive. We advocate the importance of civic health, host year-round policy forums and political debates, and provide trainings for community members to get engaged. 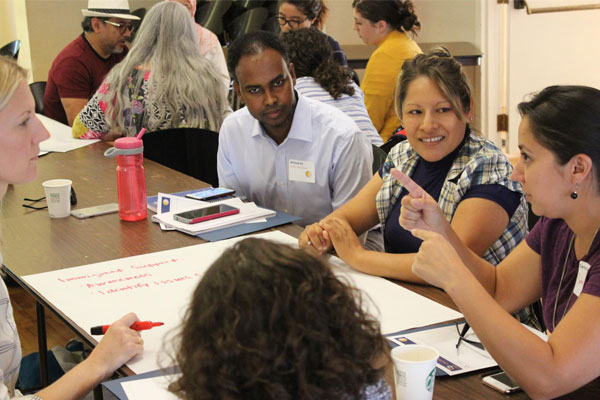 Civic Health is an Indicator

One of the most interesting findings Professor Putnam discussed is that when we stop attending to the common good socially and politically, we reap adverse economic impacts.

Seattle CityClub pays attention to civic infrastructure and advocates its importance so that others pay attention, too. We consistently monitor and report on our region’s civic health data. We listen and respond to the changing civic needs of our community—as in the successful development, last year, of the Washington State Debate Coalition. We keep asking and developing powerful responses to the questions that prompted Seattle CItyClub’s founding 35 years ago—Who isn’t being invited to the table in our civic life? Whose voices aren’t being heard? Civic Cocktail and Civic Boot Camp, with expanding focus on partnerships for equity, demonstrate our response.

That’s the work we do. That’s the virtuous cycle we’re perpetuating so that Seattle’s civic DNA continues to be a resource for all of our residents and a model for the nation.

Your ticket for the: Seattle is a Bright Spot

Seattle is a Bright Spot