A Day at Civic Boot Camp: Immigration with Becca Levy

I just moved to Seattle and a week before Civic Boot Camp, I met up with my only contact here. I asked them the questions you ask when you don’t know what you’re doing in a new city.

What is the culture like? How I can I connect with my new community?

I also asked them about what Seattle was up to in terms of pro-refugee and immigrant community service work—something I love and wanted to learn more about. He recommended Seattle CityClub’s Civic Boot Camp: Immigration, and not knowing much about it, I signed up.

Like any social service event worth its marbles, Civic Boot Camp was book-ended with group sharing exercises. In the beginning, each participant selected a card that reminded them of “home” and shared it with the group; a dancer myself, I picked the one featuring a ballerina. After the ice breaker, we helped ourselves to a catered lunch while we listened to opening remarks from Diane Douglas of Seattle CityClub, historian Shaun Scott, and Sarah Peterson of the Office of Refugee and Immigrant Assistance. After learning a bit of Refugee 101 from Sarah, Shaun explained how the government’s differing treatment of various neighborhoods is a part of our history, emphasizing that Seattle’s legacy of racial discrimination is exactly what formed ethnic neighborhoods.

Next, we walked to the local nonprofit, Bike Works, where they hosted a panel of community leaders from different areas of immigrant-related work, including ReWA, the Vietnamese Friendship Association, and Rainier Valley Corps. These nonprofits focus on assisting communities of immigrants and/or refugees so that they are welcomed as part of Seattle’s larger cultural fabric. In addition, these organizations support the education of immigrants and/or refugees so that they can work and become leaders in the community. 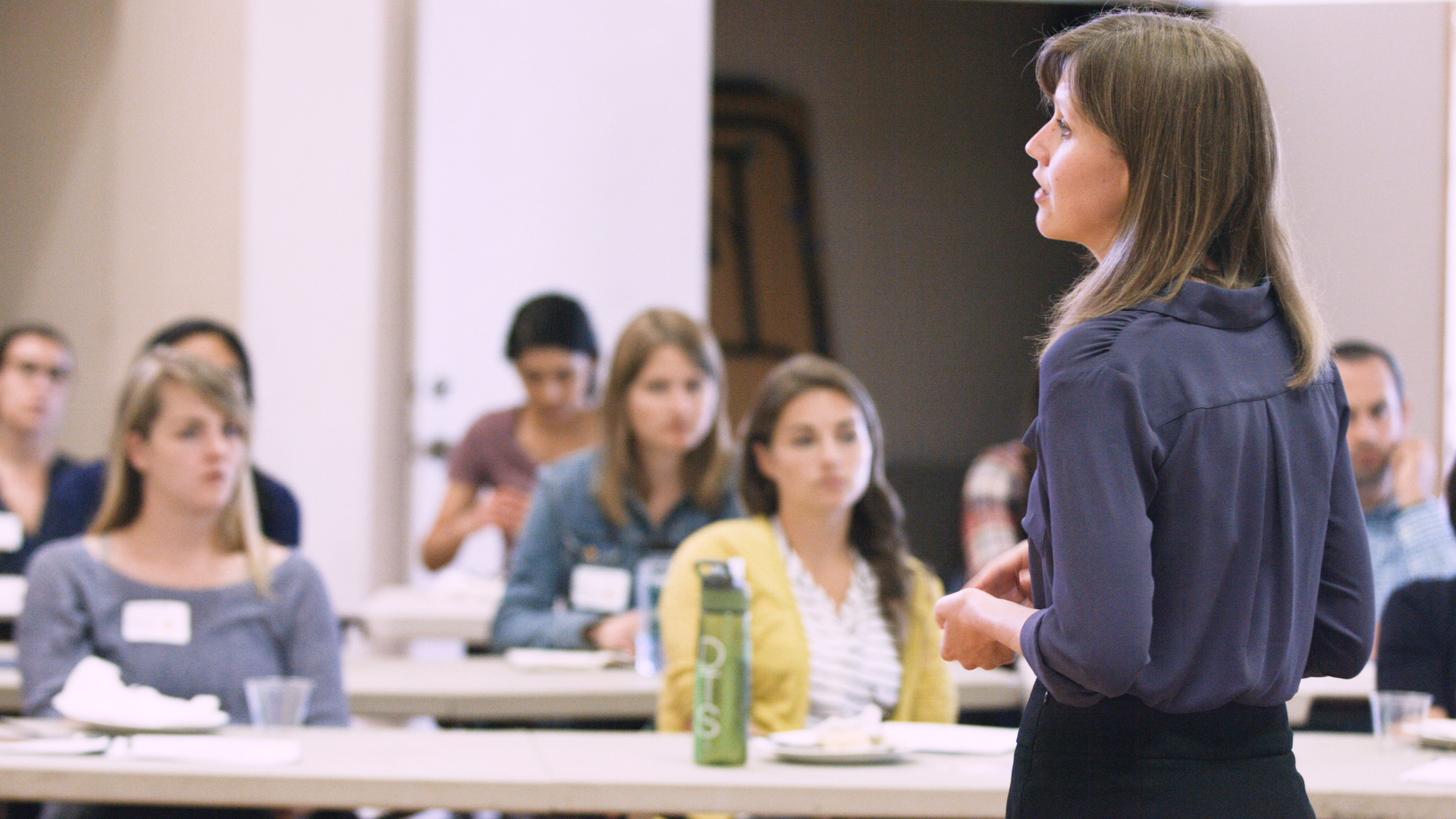 After a coffee break, we heard from another panel of community leaders who shared their motivations and challenges. The panel included Pradeepta Upadhay from Interim CDA, Risho Sapano from Mother Africa, Anisa Ahmed from Lutheran Community Services Northwest, and Ahmed Ali from Somali Health Services. I found this panel to be the most meaningful and persuasive, as it felt the most intimate and heartfelt. The speakers opened up to us and told us, from the bottom of their hearts, why they care about the work they do.

They explained that trauma and discriminatory rhetoric are just as limiting as the challenges of gentrification, finding employment, and access to education. People who haven’t undergone the stress and trauma of seeking refugee status after leaving their home country might not have any reason to understand other people’s experiences. “Parents are having conversations with their children before school that you would never dream of having in the ‘land of the free’” one panelist explained when exposing the challenges refugee families face, especially in America’s current political climate.

The final panel of speakers which included Ahmed Ali from Somali Health Services, Vy Nguyen from City Council member Lorena Gonzalez’s office, and Ray Corona from the Washington Dream Coalition, shared their perspectives about the importance of the role that political activism plays in supporting immigrants. We spoke about the importance of organizing and leadership development for groups who want to speak out, and connected the similar motivations of the Black Lives Matter movement and the immigrant rights movements: as one panelist commented, “We’re doing ourselves an injustice by seeing them as different movements!”

For me, the real substance of the day came in the different experiences, stories, advice, and calls to action shared by the speakers Seattle CityClub brought together. The work of their organizations varied, and it was impactful—even for the speakers—to have these different organizations in the same room. The speakers nodded in agreement at each other’s points as they realized they face similar challenges and barriers in their work and asked themselves the same question:

Is what I’m doing right? Am I doing enough?

Towards the end of the supportive, inspirational, and pragmatic day, we split up for small group discussions on how we could best support immigrants in our communities. We then shared our ideas in a large group, and finished by discussing the actions we felt inspired to take. Some spoke about feeling motivated to communicate with their representatives; others spoke about shining positive media attention on immigrant success stories. Personally, I’m looking forward to finding a way to commit my energy to these issues through a full-time professional position.

Seattle CityClub made all participants feel welcome, provided us with a wealth of knowledge about immigration, and facilitated an environment for me to connect with community members who truly care about supporting the immigrant community. I am so glad I fell into Civic Boot Camp at the beginning of my Seattle experience and I would recommend it to anyone with an interest in getting involved in the community.

Thank you Seattle CityClub and thank you to all the community leaders who devoted their time to talk with us!

Your ticket for the: A Day at Civic Boot Camp: Immigration with Becca Levy

A Day at Civic Boot Camp: Immigration with Becca Levy