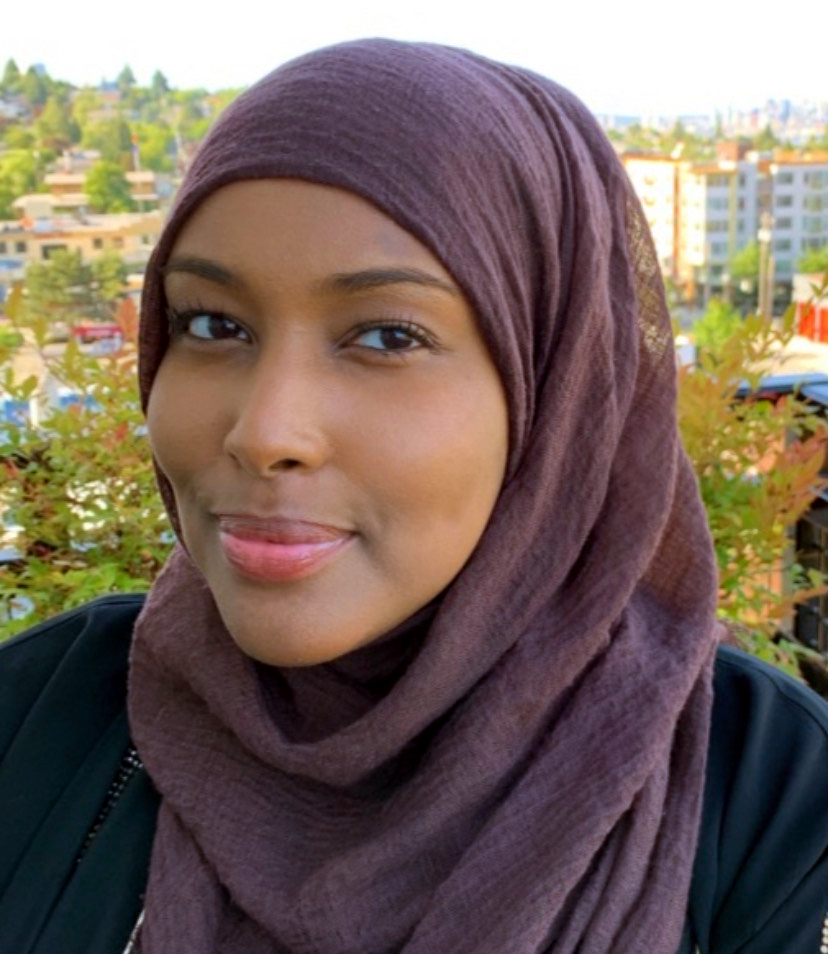 Ilays Aden co-founded Eat with Muslims, a nonprofit with a mission of “connecting communities through food and storytelling,” right after the 2016 presidential election.

At the time, Aden knew that many people thought that Seattle would be the last place people of color would experience racism. Now, however, she believes that this is just a narrative based on the assumption that a “liberal bubble” is always inclusive.

Through her work with Eat With Muslims, Aden has explored all the various forms of Islamophobia and ignorance that prevent effective community-building.

Aden looks back at her civic journey with a thoughtful smile. For her first two years at Bellevue College, she studied under a professor who challenged her to be engaged with what was happening – to go behind surface-level perceptions, especially for people of color. Soon after she launched campaigns to keep the college’s administrators accountable in supporting diversity, equity, and inclusion. Applying her academic experiences to the world of politics, she also traveled to Washington, DC, for Congressional internship.

Aden spent the next two years of her undergraduate career at the University of Washington. She started to feel the strength of her voice there, realizing that she could and thus would make an impact. As an intern in DC, though, the power of her voice did not seem to translate. She would get coffee, run tours, and complete tasks with minimal personal interaction and decision-making power. She knew that as an intern and student, she had her place within the systems of Congress. Still, she could not shake the feeling that there was something wrong with her voice feeling like a whisper instead of a roar.

Why, she wondered, did power have to be a prerequisite for the “privilege” of being listened to?

She began exploring how underrepresented populations could have more of a say, specializing in refugee and asylum cases as well as employment law. She found meaningful ways to make an impact without sacrificing her voice or values, finding a support system and allies through the Black Law Student Association.

Returning to Seattle five years later, Aden realized that the city she’d left was starkly different from the city she found. From Amazon’s entrance into South Lake Union to demographic shifts in Capitol Hill, there was much to unpack. To help better understand the people and powers of her new old home, Aden joined the Board of Seattle CityClub.

Aden calls her time in the nation’s capital special, where she realized one can affect real change in a real way just like that. It’s relatively easy to stay involved in the various DC communities, since the District is compact and densely populated.

With such geographically isolated populations, Aden wondered how many times people travel to interact with people outside their bubble. Maybe once or twice a month for good ethnic cuisine? In contrast to Washington, DC, the Emerald City offers few ways for people of different backgrounds to meet, a realization that fueled Aden’s work with Eat With Muslims. 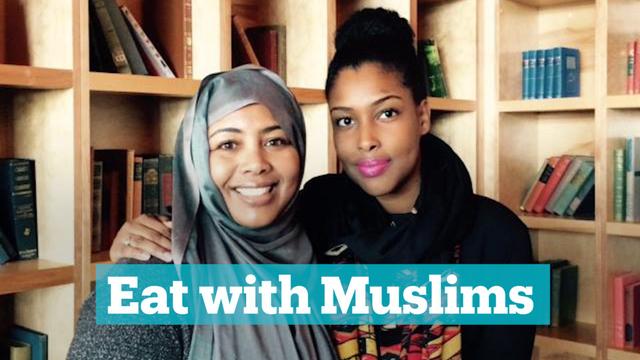 Eat With Muslims is about meeting people of color where they are to share a meal and learn about each other’s stories. It’s Aden’s commitment to community-building realized, but it’s also been her reminder that connecting across races, ethnicities, and geographies is not always pretty.

She always tries to be diplomatic, but she admits to getting frustrated by pushback – being adamantly for lifting the most vulnerable communities necessarily means being against certain manifestations of the status quo. And while she is open to debate, she also believes in taking a stand and drawing a line for your limits – hatred and disregard for human life as a piece of any ideology is not acceptable in any circumstance.

To build community across boundaries, Aden encourages individuals and organizations to carefully consider the platform given to different voices and the populations they represent. She deeply believes that the status of an individual should not make them unheard – or untouchable. Dialogue between community leaders and community members should take place via platforms for engaging on equal footing, out in the streets as protesters.

With current events and COVID-19 highlighting the inequities of American society, Aden says she’s starting to see Seattleites looking outside their geographic, cultural, and ethnic bubbles through the internet and social media (and especially through video). She’s optimistic that activists will keep companies accountable for their recently released Black Lives Matter statements, and she hopes communities will reexamine how schools teach American history, especially regarding slavery, immigration, and institutional racism.

Overall, Aden believes that increasing interest in civic engagement will lead to people questioning how deeply ingrained fears of the “other” control their priorities. Change, she says, will happen through love, not fear, and her work with Eat With Muslims, Seattle CityClub, and other community initiatives can help change narratives to realities – and share some meals along the way.

Ilays Aden joined the Seattle CityClub Board in 2020. She is a Commissioner for the Immigrant and Refugee Commission for the Seattle government and the Co-Founder of the nonprofit Eat With Muslims.

Your ticket for the: Seattle CityClub Board Spotlight: Ilays Aden